A Collection of Short Fiction in Progress 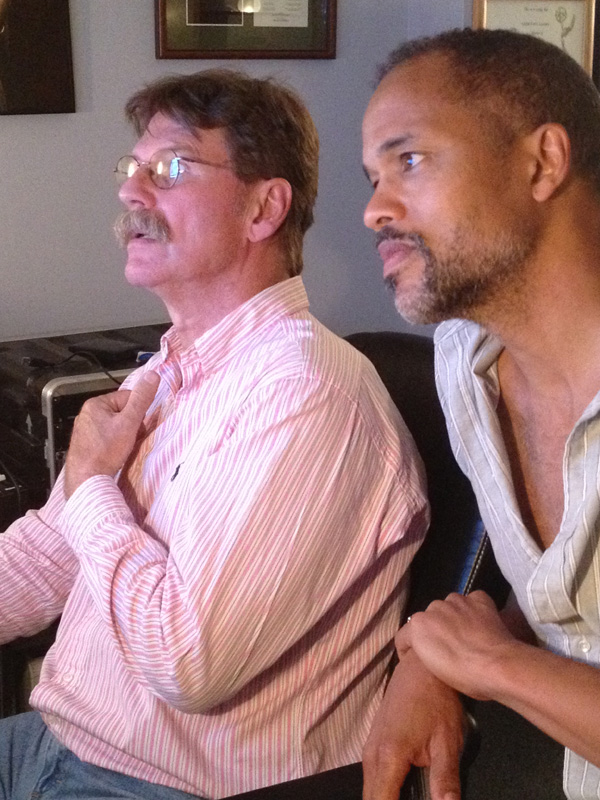 Random clips taken at Soundsmith Studios with the soundsmith himself, Leer Leary.

Above:  Recording work on the short story, “God’s Children,” also excerpted below.

…She was God’s child, so he had thought; one of the ones that the Universe looks after because, for whatever reason, they didn’t end up here upon this seething orb of self-serving fuck-ups with the tools to fend for themselves, so he thought…  Dumber than a box of rocks, he’d thought, but as delicate and as lovely as an orchid.  And she smelled like vanilla ice cream.  She was the sort of vacuous that could be beyond sexy when the sexy wore it.  And he had not been looking for a lover that would be anything more than that: sexy, immediate, and unencumbering ever after.  He had few other reasons to subject himself to a barroom’s sensory barrage of boisterous humanity.  Everywhere else, feeling the oppressive weight of its incurious tumbling on, he navigated around the dumb motion of the masses as best his own too human condition could manage.  The only thing to be gotten by braving the concentration of festering crowd psychology that a Friday night tavern contained was the prize of some pretty diversion intent on receiving him without superfluous ceremony; something sweet and soft to distract his embattled heart and sate his hunger for an hour or two without making of itself a nuisance in the a.m., and she came dancing up to him from out of the aggregate of noise and dark and compressed bodies in a joint in Seattle, and stood at the bar staring at him, blankly, as her hips swayed to the bass beat of The Isley Brothers singing “Caravan of Love…”