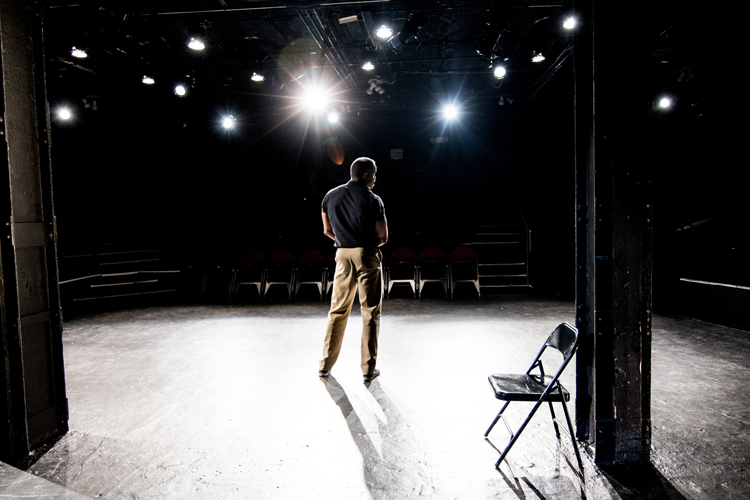 The production of American Moor that ran at The Boston Center for the Arts Plaza Theatre from July 20th through August 12, 2017 was the longest run of the play in performance since its inception nearly five years ago. It was a joint production by a small company in residence at the Boston Center for the Arts, OWI (Bureau of Theatre), and New York based Phoenix Theatre Ensemble. The house was a 150 seat black box, and Boston… was Boston…

The last time I’d played this city was 1992. It was with The Huntington Theatre Company playing Arviragus in the Larry Carpenter production of Shakespeare’s Cymbeline. 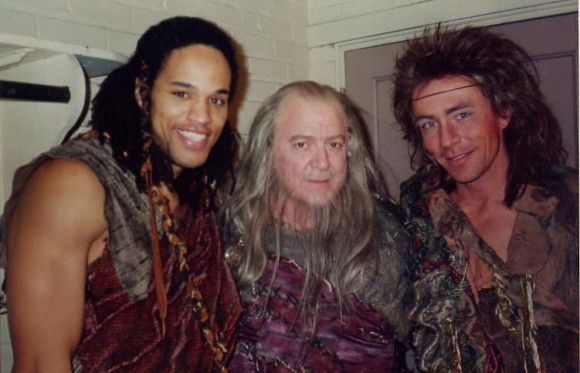 In the 1992 production of Cymbeline at The Huntington Theatre Company, Boston, w/ Jack Aronson (center) and Matthew Loney (right)

It was a different city then… That that I was able to see of it this time around – so much of my time was spent cranking out the one-man performance every night – had changed drastically.  I’m sure that is the dynamic with all major American cities. There always seems to be more high end housing, which would lead one to believe that there are more and more people with a ton of money. And yet, somehow, theatre continues to struggle. At least my theatre did. Not that we were not a success in Boston, the responses were glowing. But no one made any money, and this is the glaring irony of the American Theatre. It can’t be about money.  Well… I mean, it can be, but when it is, it most often isn’t very good, or very important.  Money, the larger sums of it, generally gets spent on things that are somewhat assured to make even greater sums of it.  Taking care of one another is not a for-profit venture.  Subsidizing things that are for the general health of the populace at large is considered a bad bet.  But more on that later. 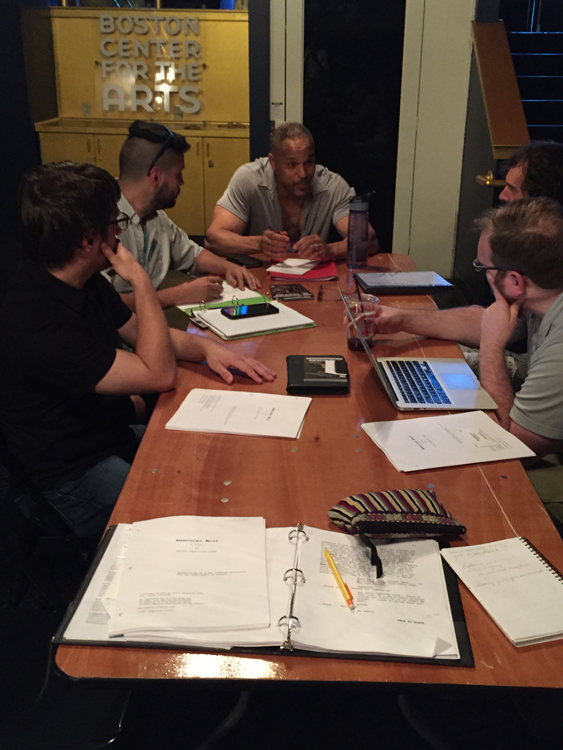 Regardless, this was a huge step in the development of this work. We were, for the first time, able to more fully (though not fully enough) explore aspects of set, and lighting, and within that exploration discover moments of on-stage life and text that we had not known were there. When I say “we” I mean my director, Kim Weild and I.  She has been guiding the development of this piece of theatre for the past two years.

And American Moor is a play about so many things. I don’t doubt we will still be discovering new things a year from now. In the post-performance discussions that we held twice a week, there were always new insights to be mined. No two people respond to this play in the same way. It is always a deeply personal journey for every individual, which speaks, I think, to a universality of theme. 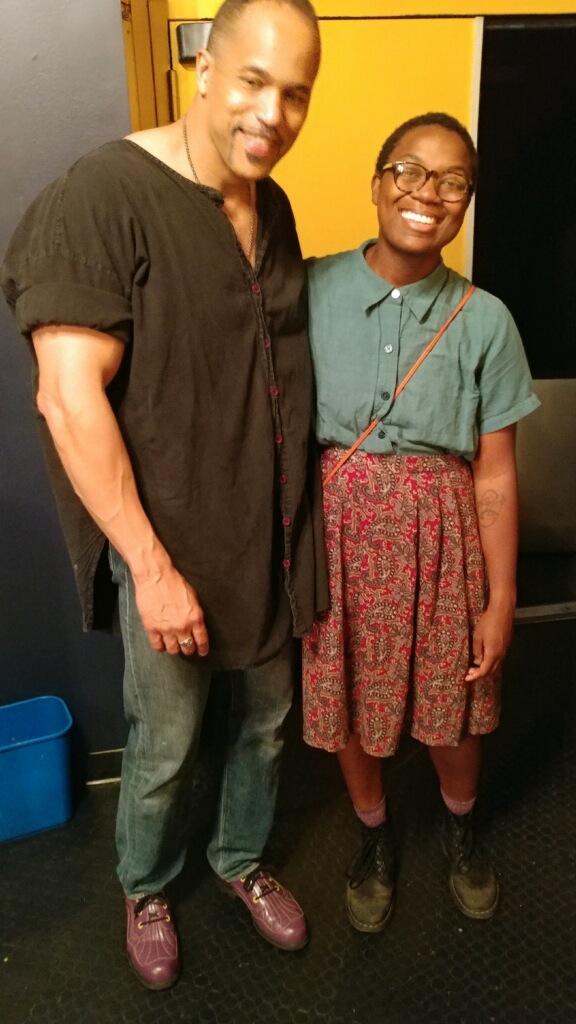 Through the interactions with audience we have found that this play about race is not a play about race at all if one is inclined to see beyond the obvious.  I find myself saying more and more often to anyone who will listen that the internal problems America is faced with are not a lot of different things.  It’s one big thing with all the little things being manifestations of it.  The unchanging fundamental nature of the human animal is at the root of all our cultural dysfunction.  All of it, no matter what form it takes.  The behaviors to which we all, to one extent or another, succumb are inherent to the species.  Someone called the play “self-indulgent…”  But how does one express the self without indulging the self?  And further, in making such a comment, isn’t one, in essence, saying, I want to indulge myself by telling you that you are indulging yourself…”???  That which perpetually percolates in the minds of men/women, the primitive animals, above all is ego and fear, the one is the definer, the other is the arbiter of ALL that is defined.  I challenge anyone to show me that this is not so.  And all of our cultural dysfunction arises from this simple truth.  Those who are aware of this within themselves tend to find empathy with the characters in the play, and with others outside of their own societal situation.  Those who are not tend to identify, as ego does, with one side or the other of the surface argument, and with any that see it as they do, while ignoring, or missing altogether, the myriad manifestations of their fear-based culture that lie beneath it.  They, ironically, literally become the embodiment of the issue being portrayed on stage; the inability to interact beyond personal perspective…  To understand this, however, you’ll have to see it. 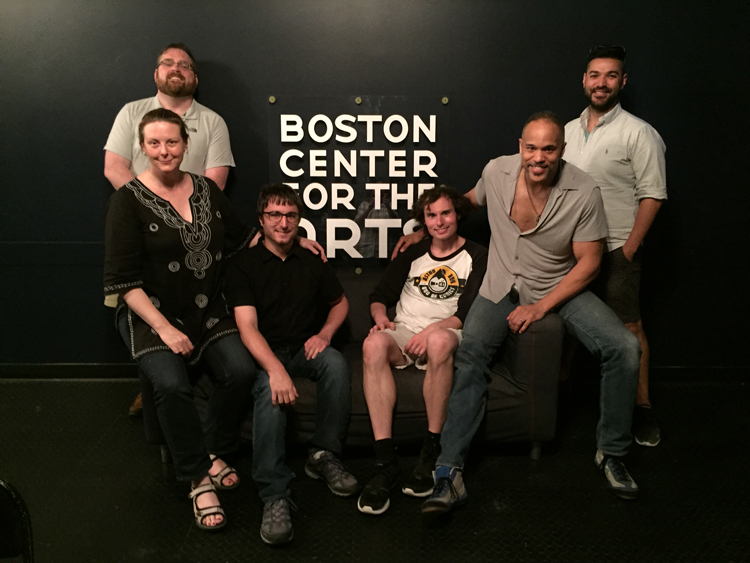 If you had seen the Boston production from where I stood, you would have experienced not only the struggle of the actor as portrayed on-stage, but as the actor himself, in calorie deficit, lacking sleep, body-misalignment, and big fat rats in my dressing room. I don’t suppose I’m looking for sympathy. I am however hoping for empathy, just like the character in the play…  I would like people to understand the sheer magnitude of the gap between a stack of stellar reviews and all that needs to be done, dealt with, and endured to get them because of the culture’s general fear-driven inability to care for the arts. I’d like people to know that making theatre is very hard, and that there is no reason for anyone who does it to submit to that level of self-abuse except for an unflagging belief in humanity and the desire to nourish and nurture it, even while having to perpetually experience and acknowledge that humanity generally sucks… 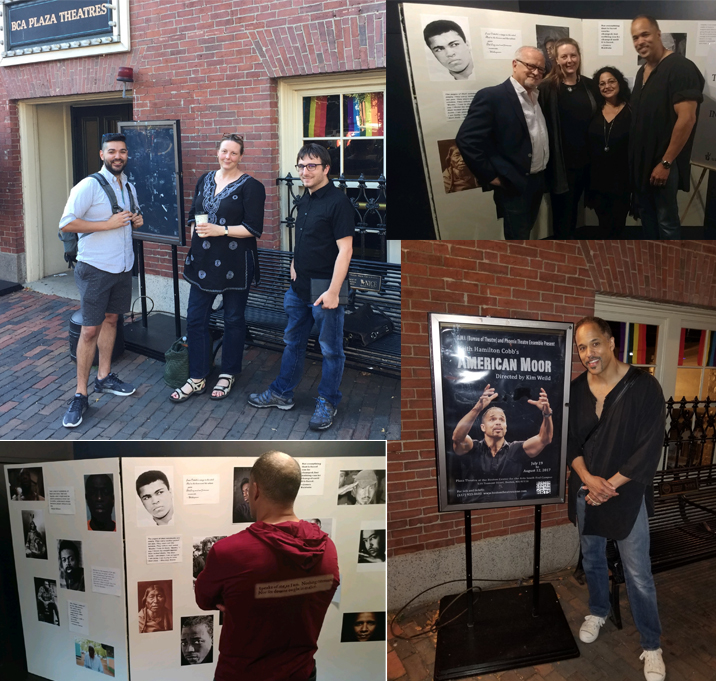