ONE NIGHT ONLY at The University of Maryland

Sponsored by the Office of Diversity and Inclusion at The University of Maryland. 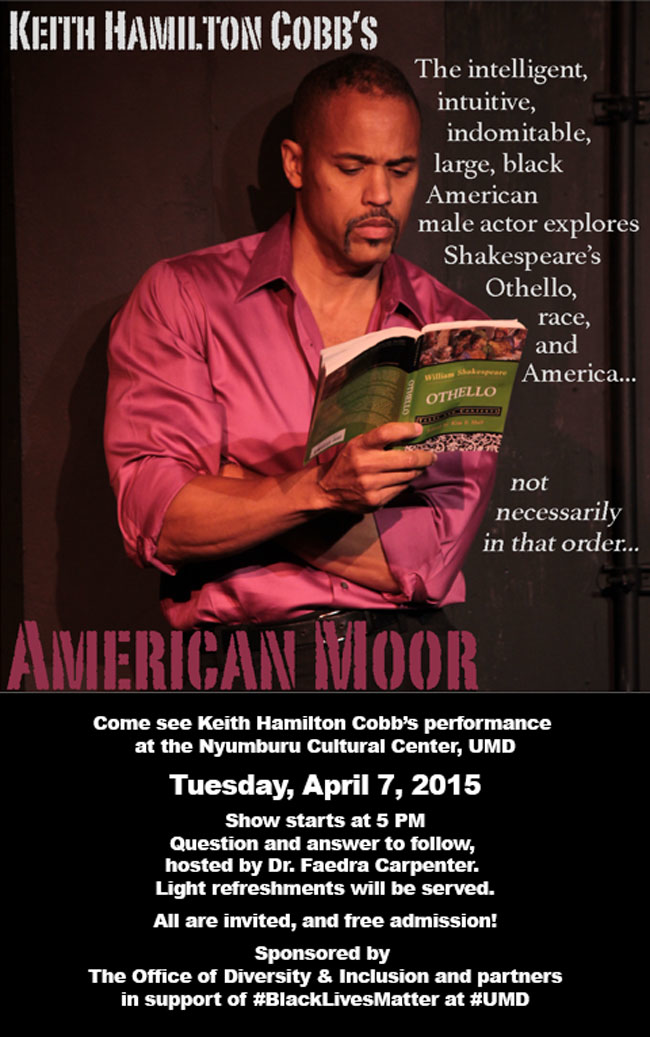 So much of my time is currently being spent focused on the 11 dates of “Moor” in Manhattan.  But this promises to be a truly intimate, one-time, event with the students of UMD and a post-show discussion with Dr. Faedra Carpenter.  The event is open to all. 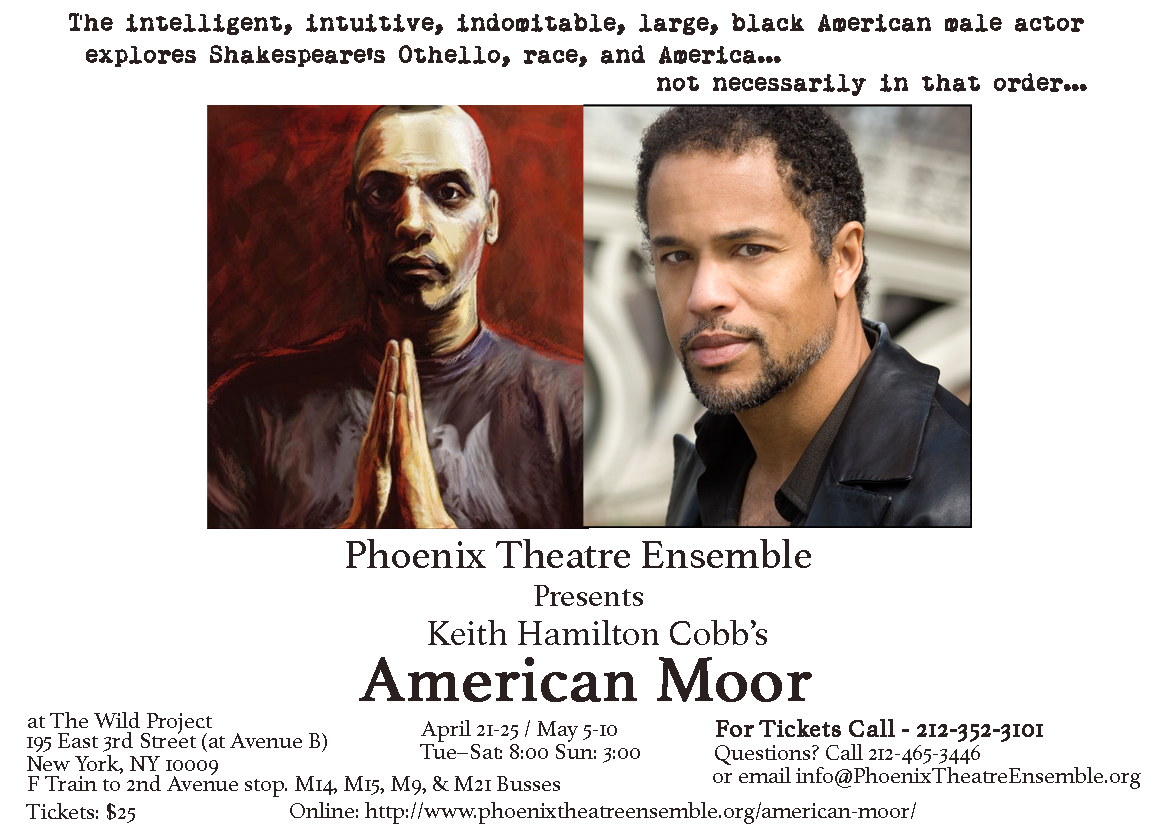 I’ve always got to start with thanks…

It was not the easiest weekend to come out to the theatre.  There was snow… lots of it…  But many made it to Luna Stage just the same, and stayed to share their thoughts and perceptions at the latest incarnation of this work, “American Moor.” 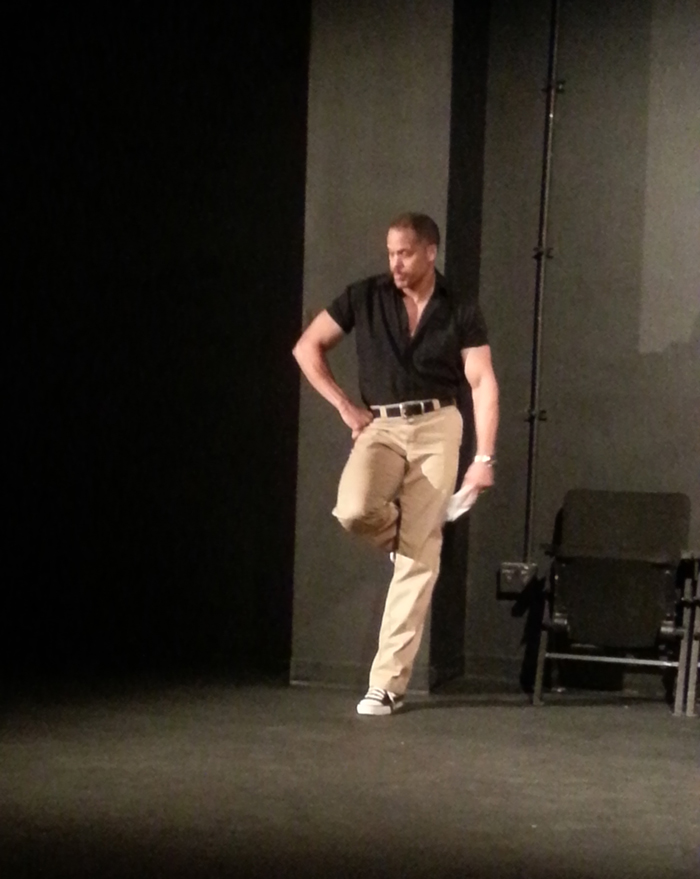 Added to the weekend’s many adventures was the presence of film maker, Bobby Razak, and his crew, accruing footage for some cinematic rendering of the play, and a study of the myriad elements that have conspired to give birth to and grow it. 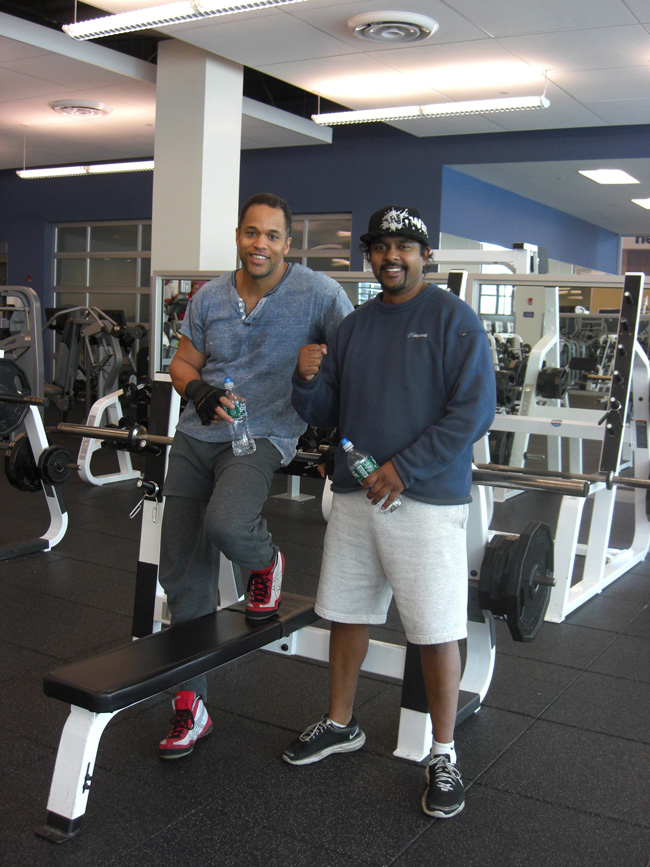 Bobby’s film making career has spanned twenty years, focusing mostly on the world of mixed martial arts.  But he is also taken with theatre, and this project presents a huge departure for him in his work, and an exploration of an actor’s life as opposed to that of a fighter’s…  There are many similarities as we have discovered… 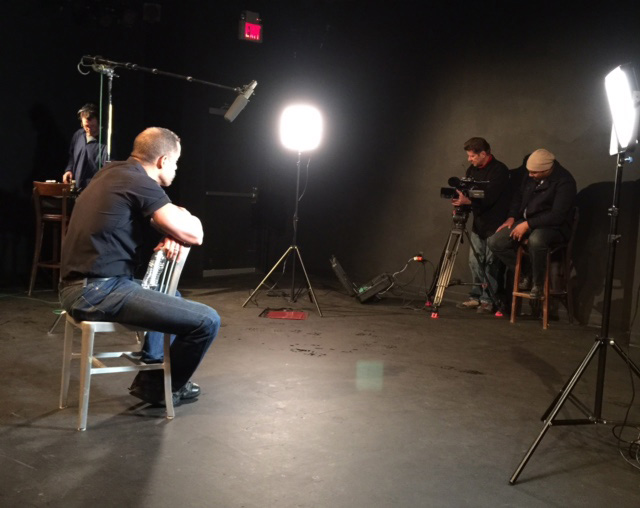 Filming post-performance, day 3 of the Luna Weekend. Final thoughts and perceptions for camera… 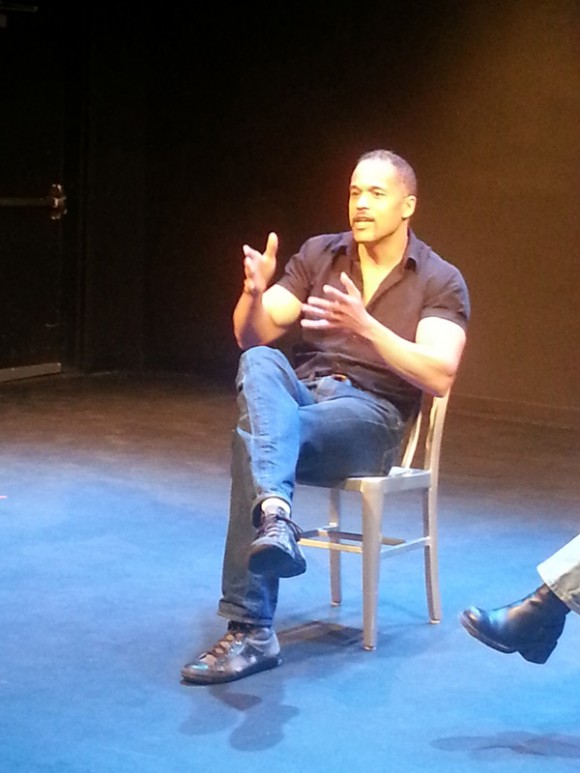 Two of the three performances over the course of the weekend were extremely strong from a critical standpoint.  One was not.  We had issues that effected all of us, camera crew, theatre staff, and performer on Saturday night that made it difficult to muscle through to the curtain call.  But the audience response that evening was equally as positive and complimentary as it had been on either of the other two nights.  I am beginning to believe that the content of the script is tending to outweigh what might from time to time be lacking in performance.  This is a wonderful reassurance.  Not that I plan to get lazy and let the power of the words carry the show forward.  We’ve still got a long way to go…  But I was encouraged by the weekend with all its ups and downs.  Those that came out made everything work, and contributed to the further education of everyone involved. 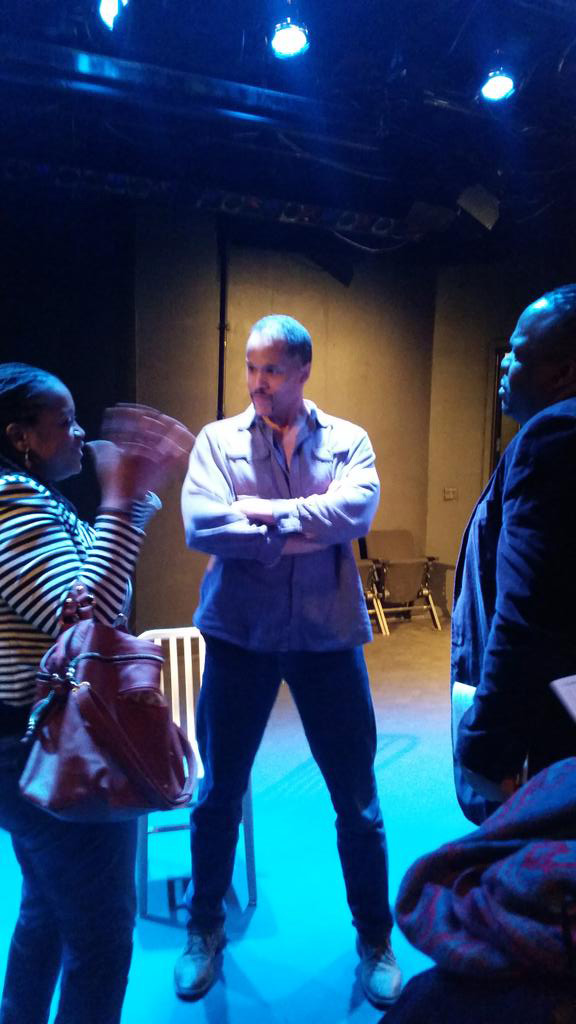 “American Moor” is such a minimalist and simple show to stage.  It is essentially a single man on a bare stage for 87 minutes…  And so it is continually fascinating to me how layered and complex the matter of the play becomes, particularly when discussions about what was just experienced continue after the curtain call.

So we are looking forward to the spring, and our ten dates with The Phoenix Theatre Ensemble at The Wild Project space in the East Village.  Spring… when the weather begins to warm, and people’s brains begin to turn on again for the few weeks before it gets insufferably hot.  Our New York debut!!  As usual, I hope everyone can come out and see this play.  But at least no one will be able to offer the excuse that it was snowing…