Tag Archives: As This Thing Is

As This Thing Is (The Thing Itself) 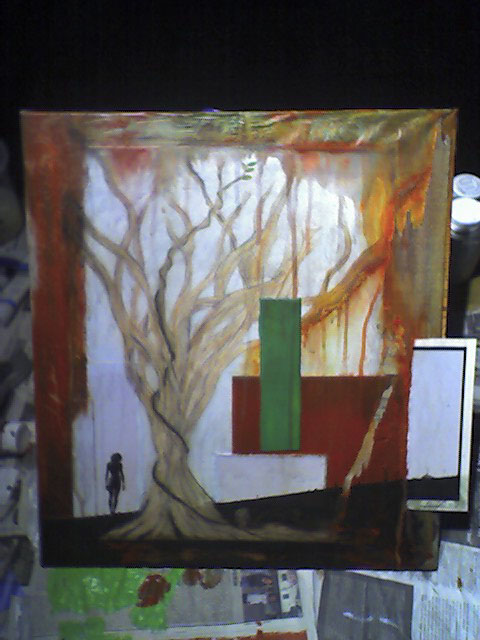 “Be Still and Know” mixed media on wood, painted circa 2005

This Thing, It would not speak to me.

no iconography that will suffice

to depict clearly Its device.

It takes no rise from words or deeds,

but, being, oddly, It concedes

of Its perpetual occurrence.

And that’s the whole of Its condition.

I’ve been to war with that idea.

Demanding that This Thing respect

the shock troops of my intellect,

I took that huge unquantifiable

to blows with my sure and reliable

This Thing just was…It would not fight.

In my submission, It expressed

That farts in breezes mean as much

if I with language hope to touch

divinity, or would advance,

with my corporeal arrogance,

to some more conscious point of view.

And yet…This Thing, should it imbue

what It is…with Its own essence,

then It’s expressed in my incessance.

accidentally if at all prophetic,

But grateful, and, as This Thing is,

Posted in: Art and Art-like ⋅ Tagged: art, As This Thing Is, Be Still and Know, Keith Hamilton Cobb, poetry