The Relativity of Ethics

My father was quite fond of reading and quoting a Nietzschean  supremacist poet who called himself King Darius, or “The King”.  He wrote, “Glorious son, go up from the nightside and look down on us. / Where the lights shine brightest, there! There are we. / Where darkness alone resides, yet there are peoples whose one resource is wishing. / Go up because you can. / It will remind you of who you are. / And of who you shall not ever be again.”   King Darius’ writings reflected upon Nietzschean world scenarios that existed ten to twelve generations prior to his words ever reaching my father’s eyes.  Subjugation of inferiors, or “primitives” as is perhaps the more accurate term, was commonplace, and necessary to ensure economic development.  His works enjoyed a resurgence of popularity during my childhood among Nietzschean slavers and those who refused to either denounce or condone their practices.  My father was one of the latter. While the Kodiak had never subsisted on slave labor, it was folly, he espoused, to frown on others who, in an incessantly hostile universe, found that the fittest use of their fittest selves was to press inferiors into their service, thus unleashing themselves to pursuits beyond the purview of basic survival.  There is, of course, a huge argument in the direction of which I tend to lean, that slavery breeds weakness and dependency in the oppressor.  Perhaps.  Yet further my father would expound that in the deadly environs of pre and post-Commonwealth space which have invariably demanded the undivided focus of nearly all previous generations just to draw breath, perhaps the only reason any Nietzschean ever found reflective moments enough to begin thinking outside of the strict, genetically driven Nietzschean frame of mind was because some slave was busy doing his grunt work for him.  In that light, anyone grateful for the Nietzscheans ever having come to sit at the Commonwealth table might do well to also show gratitude for the fact that only multiple prior generations of Nietzschean enforced labor could ever have afforded them the leisure to ponder such non-Nietzschean ideas as were presented there. 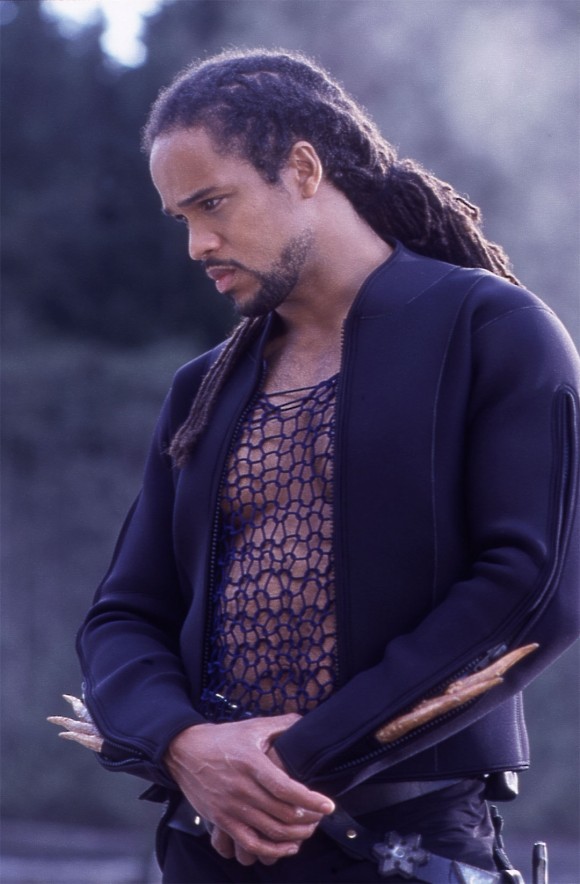 Knee-jerk moralizing is a human failing.  So too is the need to lament one’s state when one is not in the power position, and to justify it when one is, yet all the while espousing equality.  There is no equality.  There will be inferior always, struggling and pathetic, perhaps due to circumstance, not perhaps without strength, which is another matter, but without leverage certainly.  They in their place and the superior in theirs amble together and evolve through time and an infinitely disinterested Universe.  Where in that time and space we stumble upon the roles reversed and the Nietzschean in bondage, oppressors of any other breed, humans among them, for the most part, spare no rationale to justify keeping him there.  And no Nietzschean, bound or free, would ever expect them to do otherwise.  Power is never passed from the hands of the powerful into those of the powerless freely.  The Commonwealth has created an opiate language of oxymora with terms like “power sharing”.  Embracing the concept that any way to win is the best way does not automatically render one void of ethics.  None do more ill than those perpetually endeavoring to do “good”.  And I believe that fascism also has its place in the balance.  Benevolence, if it is a question of ethics, is not reflected so much in how gently or harshly the powerful wield their power.  It is reflected rather in whether or not they have wielded it adroitly enough to put themselves at liberty to be kind.  And are they then?

My father was kind.  I miss him.

14 Thoughts on “The Relativity of Ethics”