Integrity in the Time of Post-Truth

If I’m going to talk, I want to talk about theatre.  This is something I know.  I’m an actor.  I can impact this, a little bit with my talent, but that’s the cheapest of commodities.  I can impact it more, much more, with something far more scarce, integrity, and the simple, but not easy act of showing up with all 110% of the artist in me ready to play, or fight, however you wanna bring it.  Discussions of American theatre are important to me.  We must have them because END_OF_DOCUMENT_TOKEN_TO_BE_REPLACED


Returning to Luna Stage in February!!

This is a return engagement to the venue where “American Moor” played to an over-sold house in August of 2014.  I’m excited to be returning to Luna Stage for three dates in February/March.  The play has undergone some slight evolutions since the August staging, and we are expected the numbers to come out and lend their minds to its continuing growth.

There are also a couple of other new creative experiments we’ll be launching at this engagement, and I hope all those in the trip-state area who have not yet experienced this important piece of theatre will come out and be a part of this newest exploration.

COME PLAY WITH US!!

Click below to be taken to the calendar and box office for Luna Stage. 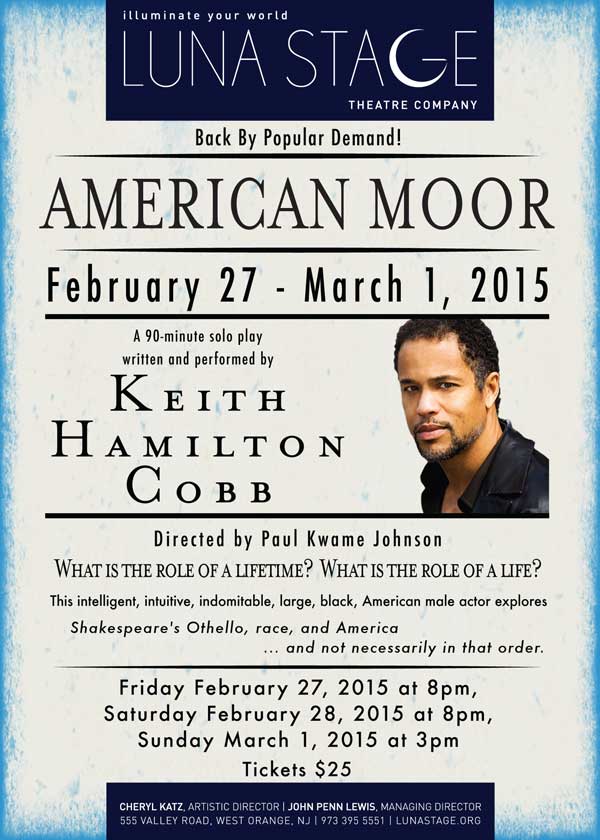 
In Performance at Luna Stage Company

We needed a place to keep this thing on its feet without letting the summer go by; a place to keep the words in my mouth, the thoughts and ideas, so important to me, expressing through my body…  The good people of Luna Stage Company have offered me that opportunity.  Not only will this be a place to perform, an intimate ninety seat black box space, but, as a theatre that supports and develops new works, it will also afford me an opportunity to grow the piece, and to discuss it with an audience of smart, theatre-minded people, giving me the much needed reactions and feedback that will carry the work on to the next place.

Perhaps YOU can attend…  All info for the purchasing of tickets, directions, etc. are available HERE.

Please come be part of the discussion.  I’ll see you there. 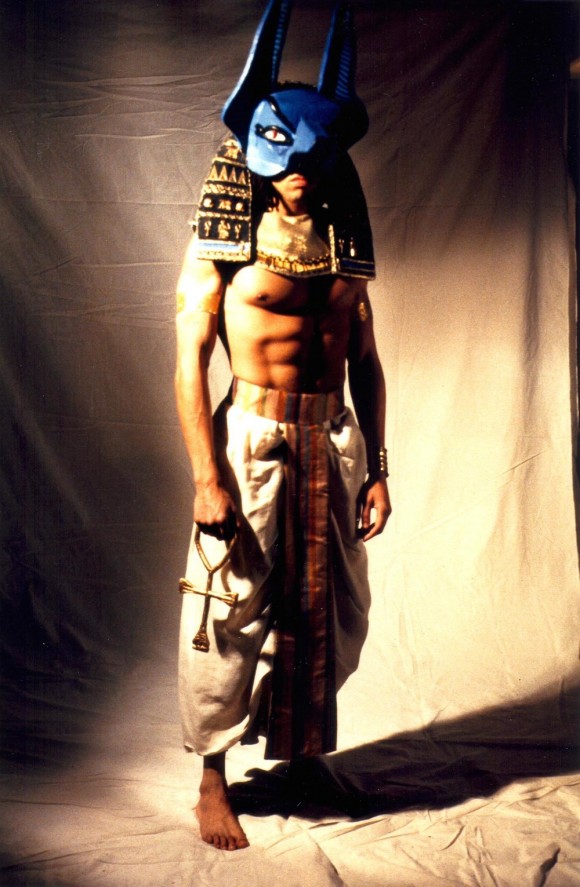 So what if it’s far enough away on the calendar to birth a baby?  It is one, really…  I’ve worked with the prolific and dedicated artists at The Phoenix Theatre Ensemble over many years.  In fact, their predecessor, The Jean Cocteau Repertory, was the theatre where I worked my very first professional theatre gig in New York, as Anubis, the Egyptian God of the Dead in Jean Cocteau’s “The Infernal Machine,” how many ages ago??!!  I mean look at that guy above!  What was he, twelve?!!

Then, only just three or four winters ago, I was on stage with several of these same astonishing actors again at a beautiful black box space on the lower West Side called The Wild Project in their production of Tom Stoppard’s “Hapgood.” 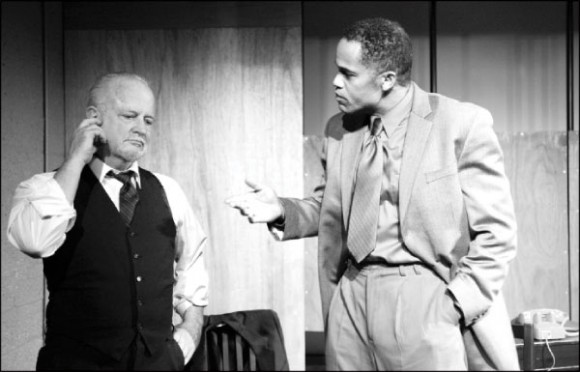 With Craig Smith, co-artistic director of The Phoenix Theatre Ensemble, performing in The Phoenix production of Tom Stoppard’s “Hapgood,” directed by John Giampietro.

They are thespians of integrity and intelligence, and intention, and vision who have known me throughout my entire professional career.  They were there when it began. And so I am excited for their announcement today of their 2014-15 rep season, and honored that they have taken an interest in this new work of mine.  So, April of 2015 will be “American Moor’s” New York City debut!  It could not happen amongst a more nurturing company of artists.  You’ll see, if you check out the links, that it’s a short run, (we will be running April 21-25, 2015 and May 5-10, 2015) and The Wild Project, while it could not be more perfect for this piece of theatre, is a small space.  So I encourage everyone to put us on their calendar, and reserve their seats early!!  You can save money on tickets if you order early.  If you’re local to New York, you may want to buy a package so that you can experience all of the remarkable work that The Phoenix Theatre’s coming season has to offer you.  Have a look here for ticket packages and discounts.

For single tickets, you can still purchase in advance at the online box office here.

The season calendar can be found here.

I’m really extremely proud to be a point of focus in the life of this theatre company.  And I’m proud of this evolving, and I think rather important work.

Please follow the updates, and join us next spring. 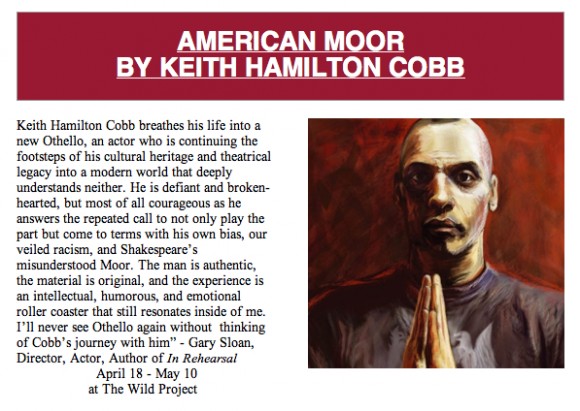 “American Moor” is written and performed by Keith Hamilton Cobb, and is being directed by Paul Kwame Johnson.